History of the Alcoy Campus

The Alcoy campus of the Universitat Politècnica de València (UPV) has its origins in the Royal Cloth Factory of Alcoy (RFPA), an organization that during the second half of the eighteenth century and first decade of the nineteenth century undertook a concerted effort to promote renovation and industrialization establishing contracts with foreign technicians and experts in dyeing and equipment processes. It also encouraged the sending of commissioners to different places in order to introduce innovations and incorporate new spinning machinery.

During the second decade of the nineteenth century there were turbulent anti-machinist events caused by workers´ the rejection of the introduction of new production methods that eliminated much of the manual labor. Due to these events, and despite the efforts made by the RFPA, the Alcoy industry could not keep up with technological developments. These circumstances showed the need for the creation of a center of higher studies capable of generating specialist technicians with strong theoretical and practical preparation, capable of running a modern textile factory.

Likewise, the Royal Cloth Factory of Alcoy expressed its concern over dependence on foreign technicians and concluded that it was necessary to train technicians who, after a theoretical and practical preparation, would be able to competently manage the different sections of a modern and mechanized textile factory.

This idea was realized in the of October 29, 1828 session, in which the Royal Factory agreed to create and maintain at its expense some industrial preparation studies, which would be called the Scientific - Artistic Establishment, known as “School of the Bolla”, a name taken from the former guild house of the founding entity, so named because the cloth was bolted in this building.

The project was carried out without delay and was launched the following year. Starting with the goal to teach the following four cathedrae: Reading, Writing and the basics of Accounting in the first cathedra; Arithmetic and Algebra, in the second; Geometry, Mechanics, Physics and Geometric Design applied to the Arts, in the third; and Chemistry in the fourth cathedra. The Scientific - Artistic Establishment lasted only five years.

By the Royal Order of 1853, three technical education centers were created in Spain, Alcoy being one of them. Official studies were resumed, under the name of "Elementary Industrial School", subsidized with state, municipal and industrial funds. From this time on, state intervention increased. The RD of August 8, 1862 granted to this School the right to issue titles, first of Chemical Expert and then of Mechanic. This type of school was subsequently eliminated, but Alcoy continued its efforts and its school functioned as the only center dedicated to these kinds of technical study.

The Royal Decree of August 17, 1901 radically reformed the structure of the studies. The Alcoy Elementary Industrial School was now called the Elementary School of Industry, and the new Higher School of Industry was created. It commenced operation at the opening of the 1902/03 with mechanical, chemical and electrical specialties. Subsequently, the manufacturing, or textile, specialty was incorporated by the RD of October 1, 1902, and that of building engineer in 1907.

In 1910, the Industrial School was established, which involved the merger of the Higher School of Industry and the Elementary School of Industry, which had previously focused more on studies of Arts and Trades. 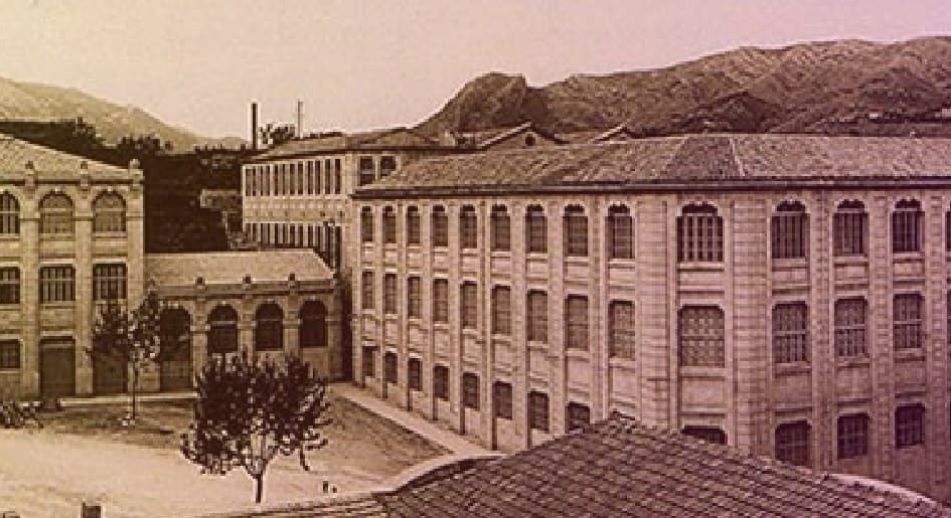 During the Civil War the building housed the Swedish - Norwegian Fighters Hospital.

In 1972, the school joined the Universitat Politècnica de València as "The University School of Industrial Technical Engineering of Alcoy" (EUITIA).

Since 1983, five specialties have been taught: Chemistry, Mechanics, Electrical, Textile and Industrial Electronics.

With the entry into force of the University Reform Law (LRU) in 1986, the University acquired a new internal structure that reorganized it into collegiate bodies, called Departments. Given this new structure and the uniqueness that Textile Engineering represents within the UPV, the headquarters of the Department of Textile and Paper Engineering is now located in Alcoy.

Since 1991, Doctoral courses have been taught in the Department of Textile and Paper Engineering.

In the 1993/94 academic year, studies in the specialty of Telecommunications Technical Engineer, Telematics began. In the 1994/95 academic year, a new degree of a Senior Engineer in Industrial Organization was added. These additions allowed the School of Alcoy to achieve a higher ranking. Which, the Interuniversity Council approved on July 19, 1994. The school was now called the Higher Polytechnic School of Alcoy (EPSA).

In the academic year 1995/96, in addition to the aforementioned title a new degree the one of Industrial Design Technical Engineering was added. In 1997/98 a new degree of Bachelor of Business Administration and Management was added too.

Since February 1998 the Alcoy campus has expanded its facilities with the rehabilitation of an early twentieth century, the Ferrándiz Building. Since 2006 a third industrial building from the beginning of the 20th century the Carbonell Building has been added in front of the Ferrándiz Building. These two buildings constitute a unique complex of industrial architecture of the early twentieth century.

In 1999 the PhD in Industrial Organization Engineering was first offered. 2007/08 the Official Master's Degree in Textile Engineering began.

Adaptation of the Degrees to the European Higher Education Area

In 2014 the new Georgina Blanes Building, equipped with a pavilion and sports facilities, multiple research and teaching laboratories, a green area and an underground car park was incorporated into the campus.

At present, the UPV Alcoy is a competitive university campus, close to the students, which offers a personalized education responsive to the challenges of the economy and society. That currently serves around 2,500 students. 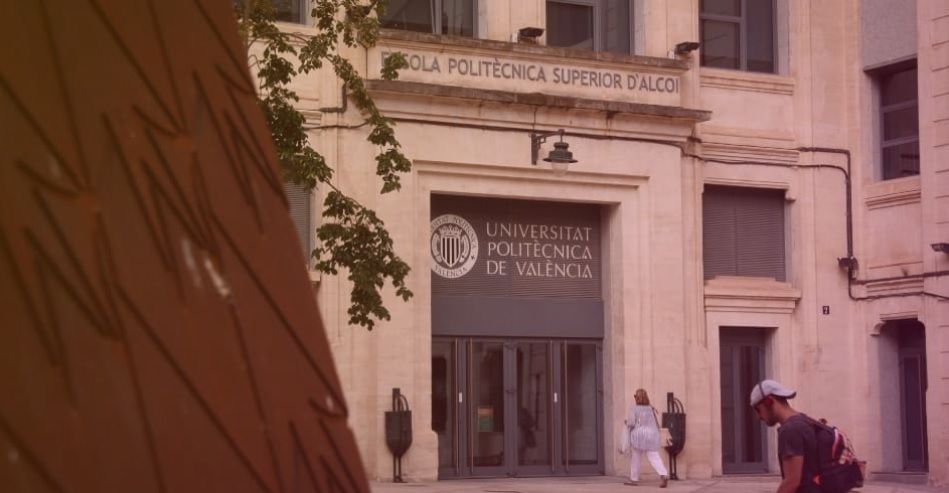